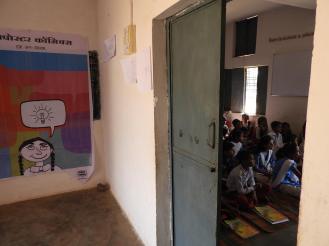 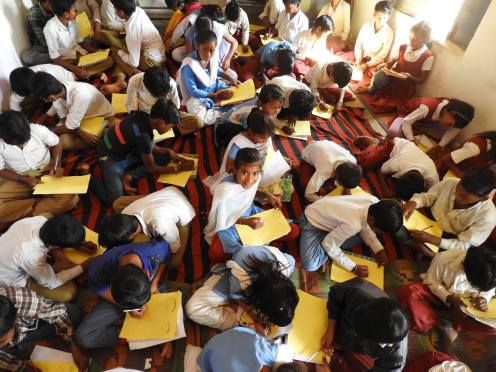 There is a small village called Janwar in the middle of a forest in Panna district of Madhya Pradesh. You will be surprised to know that there is a world level skateboard park in this village! World Comics India conducted a workshop in collaboration with Janwar Castle for the students of Primary and Middle school in the village, where the students created comics on the issues that they face in their day-to-day life. These comics were also exhibited at other schools and later in Delhi and Meerut as well.